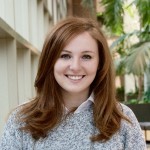 A senior in the Honors College at the University of Missouri studying investigative journalism and international peace studies, Rebecca attended the Sue Shear Institute for Women in Public Life in the Summer of 2015. With an interest in public policy research and implementation as well as development initiatives in under-served communities, she’s found inspiration in women leaders within the public sector.

Outside of Sue Shear, she works as a governmental relations intern for the University of Missouri System Office of University Relations and as a Justin Huang Scholar for the Peace Studies Program. She is also a fellow with the Kinder Forum on Constitutional Democracy and was recently awarded the Mizzou 39 award by the Mizzou Alumni Association.

Rebecca grew up in a small town outside of Des Moines, Iowa and is a third generation Mizzou Tiger.

Jackie is a rising junior undergraduate studying journalism with an emphasis in Strategic Communications. She is working on two minors, one in Business and one in Leadership and Public Service. In addition to working for the Honors College, she works as the Communications Intern for the University Relations Department of the University of Missouri System. She is an active member of the Alpha Mu chapter of Kappa Alpha Theta. She is also president and a competing varsity member of the University of Missouri Rowing Club.

Kayla is a senior at the University of Missouri dual majoring in English and Sociology. She is from East St. Louis, IL and is an extremely active leader on campus. She works as a student programmer at the Gaines/Oldham Black Culture Center and is a member of Delta Sigma Theta Sorority Inc. She was a Summer Welcome Leader for summer 2014 and has served as a Legislative Intern for Missouri Representative Brandon Ellington. Most recently, Kayla was named as one of the prestigious Mizzou 39, chosen for her academic achievement, leadership and service to Mizzou and the community. In the future, Kayla hopes to attend law school and become a successful Civil Rights Lawyer. 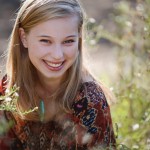 Polly is a junior undergraduate studying biology and Spanish and aspires to a career in public health. She has been interested in leadership and the public sector from a young age, but her focus on women in leadership roles truly began her senior year of high school when served as a delegate to the United Nations Commission on Status of Women. Since coming to college, she has actively pursued leadership positions within numerous political organizations, such as the Missouri Students Association Senate and Mizzou College Democrats. One of her favorite leadership roles is as a peer facilitator for the Emerging Leaders Program, where she mentors freshman students and helps them to become strong campus leaders. She also enjoys volunteering at Ronald McDonald House and Planned Parenthood of Columbia and typically devotes several hours a week to these activities. In her free time, she runs on the MKT Trail and explores the coffee and ice cream shops of downtown Columbia. 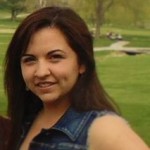 María Juárez is a senior animal science major, pursuing minors in Computational Neuroscience as well as Leadership and Public Service. She is the daughter of John and Jennifer Juárez of Blue Springs, Missouri. As a freshman, María was a Howard Hughes Medical Institute Research Apprentice and a Pre-Veterinary Scholar. She was one of five undergraduates selected internationally for the Society of Neuroscience – Trainee Professional Development Award. María is also an Honors College Ambassador, a Study Abroad Ambassador, a Chancellor’s Leadership Class Mentor, a PUMP mentor, and a Language Partner. She is vice president of the Fencing Club and the Scholar Representative for the Pre-Vet Club. After graduation, she plans to pursue a DVM/Ph.D.