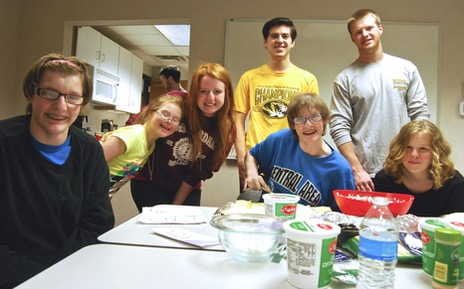 Twenty-five years ago, Anne-Marie Foley came across troubling data showing that young people were less likely to be involved in community service or enter into public service as a career more than any other time in American history.

Foley was the assistant director of MU’s Honors College and decided it was necessary to implement a program that would encourage Honors students to dedicate themselves to public service. The program would incorporate course credit but more importantly, include a community service element. 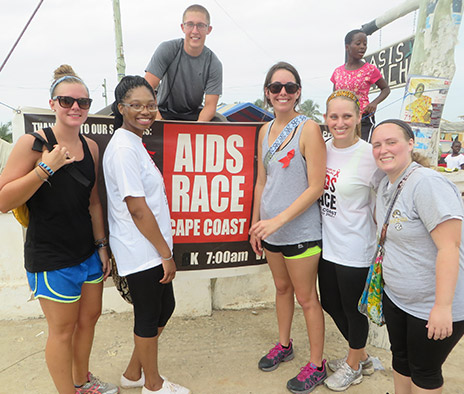 In partnership with Jefferson and West Junior High Schools in Columbia, the MU Community Engagement Project (MUCEP) began, with just 15 students as part of the initial project. The group worked with at-risk students at those schools through mentoring, tutoring and other academic support. The program was so successful that Foley and her staff decided to branch out into other areas of community needs: disabilities, public health, aging, civic responsibility, global engagement and more.

In 1995, the Office of Service Learning was officially established thanks to major grants and funding secured by Foley, who has since served as the director of the office.

The growth has continued and today the Office of Service Learning partners with 250 non-profit organizations and 150 government offices, works in nine developing countries and has over 4,600 students participating in a multitude of office programs including the MUCEP, the Minor in Leadership and Public Service, Global Service, the Civic Leaders Internship Program and the Peace Corps Prep Global Service Award.

According to Foley, the dedication and civic-mindedness of those involved and a solid infrastructure have been key to the growth of service learning at MU.

“We have dedicated faculty who have believed in this idea and made it happen campus-wide,” Foley says. “Because of students who are civically engaged, we are one of the most engaged campuses in the United States. We have remarkable community partners who love the populations they serve and also really love our students. I can’t appreciate enough the commitment on all sides and at all levels of these projects.”

The MU Serves web program and process has also allowed for exponential growth, but Foley contends the completion of the office will never be achieved because striving for bigger and better remains the office’s mission.

“With MU Serves, we went from a clearing house that found a place for students to go, to an office that, in partnership with the community, builds programs, sustains programs and makes long-term community impacts,” Foley says.

“We are looking at huge growth in the next few years and I am excited to build more impactful programs and continue to tap into the remarkable skills of students, staff and our partners,” Foley says.

Specifically, Foley would like to have a year-round presence in developing nations and see students from the service-learning programs become leaders in state and national affairs.